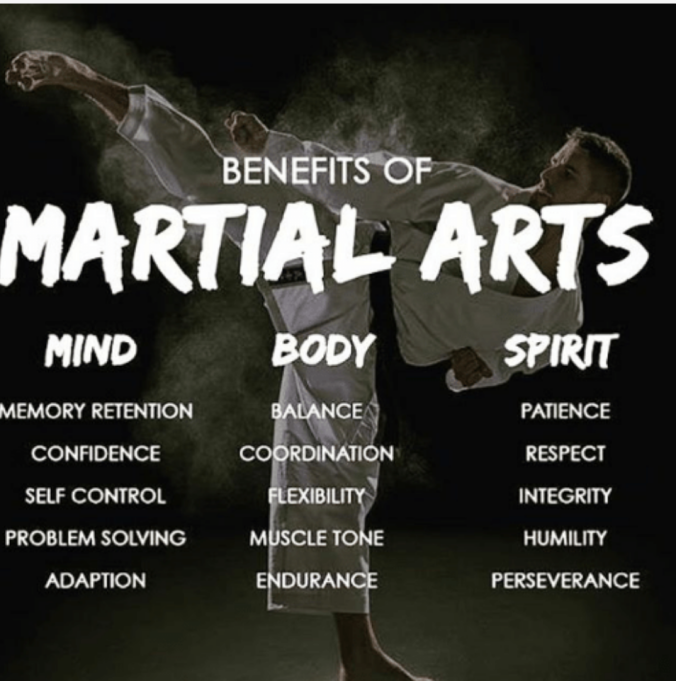 Martial arts require a good level of physical strength, but those who take up training also need to develop an incredible amount of mental acuity.

Mental strength is so important to martial arts that researchers have found karate experts’ stronger punching force may be down to a better control of muscle movement in the brain, rather than increased muscular strength. Other studies have also found that children who practice taekwondo achieve better maths test scores and behavior.

Which leads to an interesting question – does taking part in martial arts cause the brain to develop better control, or do people with these brain characteristics choose to do martial arts? It is something that our team has been researching, with interesting results.

We’ve been specifically measuring attention to assess mental control, as previous research has suggested that mindfulness and exercise can both have beneficial effects on attention. You could argue that martial arts are a combination of both – active sports that involve aspects of meditation and mindfulness.

In our recently published study, we recruited 21 amateur adults who practice martial arts (karate, judo, and taekwondo, among others) and 27 adults with no experience in the sports, to take part in an attention network test.

This test assesses three different types of attention: alerting (maintaining a sense of alertness); orienting (the shifting of attention), and executive (involved in choosing the correct response when there’s conflicting information).

We were particularly interested in the alert network, which can reveal how vigilant a person is. If a person has a high alert score on this test, it would suggest that they are better able to respond to unpredictably timed targets than those with a low score.

While there are differences across each martial art in terms of their core philosophies, intensity and whether they’re more of a “fighting” martial art or more “meditative”, we did not discriminate about the type our participants took part in.

Future research could compare the different types, but for this study, we were more interested in general martial artists’ attention compared to that of non-martial artists.

We invited the participants to our lab and recorded details of their martial arts experience (including the type, how often they practice, and how many years they’ve been involved in the sport) before asking them to take part in the computer-based task.

This involved participants seeing a row of five arrows and having to respond to the direction of the central arrow by pressing a letter button on a keyboard (“c” for left-facing arrows, and “m” for right) as quickly as possible. In some trials, they were given a warning cue that told them the arrows would appear soon, and in others, they weren’t.

Typically in most martial arts training, there’s an element of sparring, which is a form of simulated fighting with a partner. One of the aims of this is that the partners will be attempting to remain focused and avoid their partner making contact. After all, nobody wants to be punched in the face.

It is rare for a sparring opponent to give a clear warning of the exact timing of a punch, so the defending partner needs to stay alert, or vigilant, at all times, to be ready to dodge the hit.

During our research, the martial arts participants produced higher alert scores than our non-martial artists. This means that the martial artists responded to the arrows fastest, especially when they were not given a warning. This signifies that they have a greater level of vigilance, which could reflect stronger cognitive control.

We also looked at the effects of long-term martial arts practice and found that alertness was better in the martial artists with the most amount of experience. Several of our participants who had more than nine years’ experience in the sport, showed the best alertness in our tests. This suggests that the longer a person sticks with martial arts, the bigger their reward.

Taking this a step further, it appears that the effects of improved attention may be long-lasting, rather than just a short boost after training.

While it could be argued that martial arts simply are among many activities that can lead to better health, what we and other researchers have found is that their practice is one of those rare crossovers that helps significantly improve the brain just as much as the body.

Ashleigh Johnstone is a PhD researcher in cognitive neuroscience at Bangor University. This article was first published in The Conversation

Sparring is coming back in April!