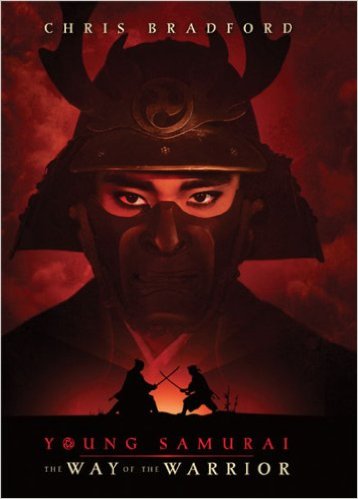 During this frigid day, what should before my Google-wandering eyes appear? A book for martial artists! Even better is that the series is at Howard County library!

This is the story of twelve-year-old Jack Fletcher, shipwrecked on the shore of Japan. He is wounded and alone. His father and the entire crew have been slaughtered by ninja pirates. Jack’s last remaining possession is his father’s rudder, an invaluable book of maps and notes about the world’s uncharted oceans. Masamoto-sama, one of Japan’s greatest samurai, rescues Jack, adopts him, and sends him to samurai school, where Jack will be trained in the Way of the Warrior. Will it be enough to help Jack defeat Dragon Eye, the ruthless ninja who is intent on stealing the rudder at any cost?